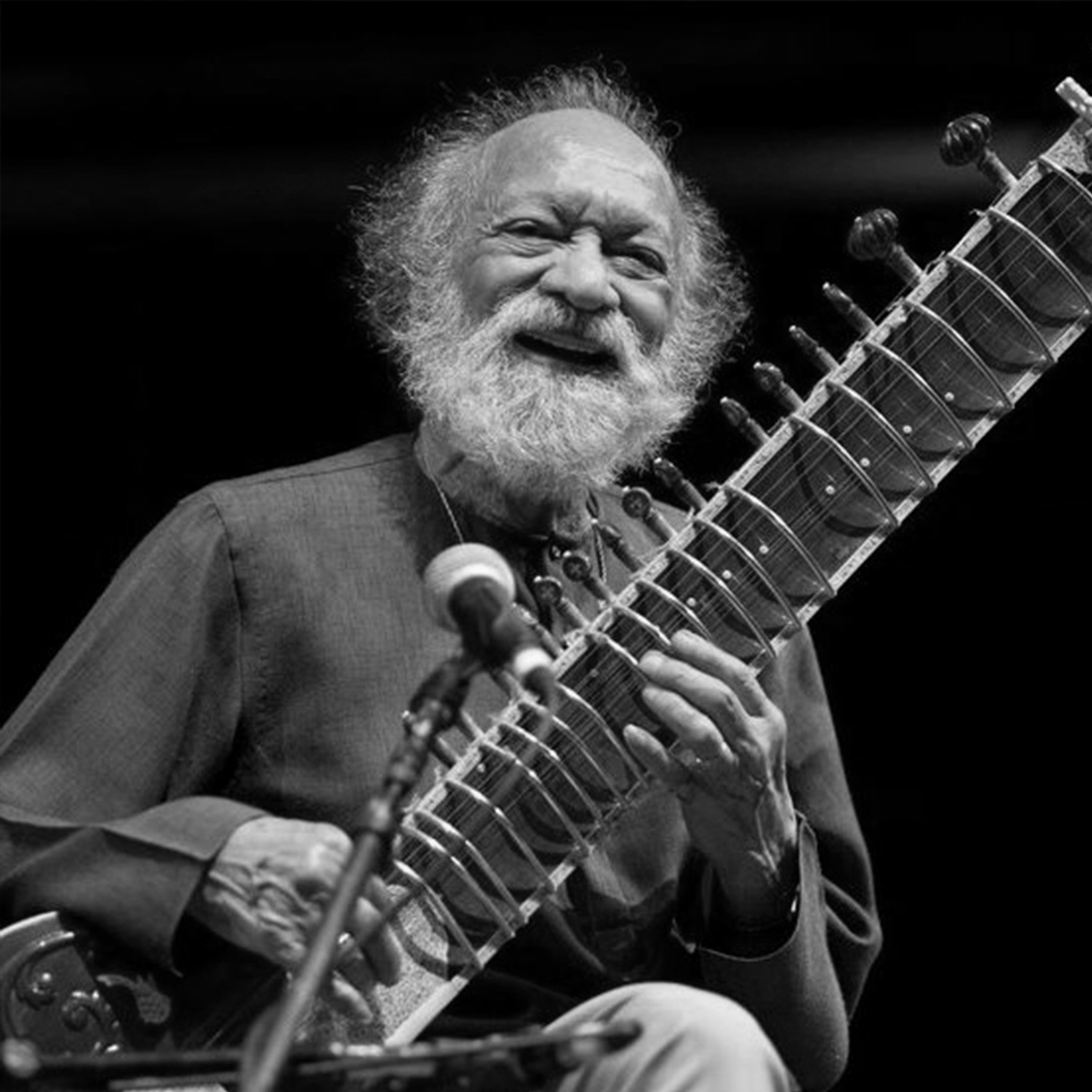 A legendary virtuoso sitarist, composer, writer, and teacher—Ravi Shankar was India’s most esteemed musical ambassador whose artistry crossed all cultural and musical boundaries. He was renowned throughout the world for bringing Indian music to the West.

After finishing his studies in 1944, Shankar worked as a composer in Bombay and Delhi, creating the music for Satyajit Ray’s Apu Trilogy films, establishing the National Chamber Orchestra, and innovating Indian musical traditions by incorporating folk melodies into his performances. In 1956, Shankar began touring internationally and embarked on one of the most extraordinary careers in the history of contemporary music.

In 1970, Shankar ushered in a major period of East-West collaboration with his first of three concertos for Sitar and Orchestra, commissioned by the London Symphony Orchestra and premiered under Andre Previn. Furthering his dedication to ‘Peace Through Music’, Shankar’s collaborations\with violinist Yehudi Menuhin, the Beatles’ guitarist George Harrison, and composer Philip Glass, established him as an advocate of music as a means of social change, most thoroughly exemplified by the benefit concerts for Bangladesh he organized in 1971 with George Harrison.

The following decades were also punctuated with creative achievements. His second Concerto for Sitar and Orchestra (with the New York Philharmonic, conducted by Zubin Mehta) and his dance drama, Ghanashyam, premiered in 1980. He wrote the Oscar-nominated score for Sir Richard Attenborough’s 1982 film Gandhi, and released a highly popular album with Philip Glass, titled Passages. In the 2000s, Shankar founded the Ravi Shankar Centre in Delhi and its sister organization, the Ravi Shankar Foundation, in the United States. In 2010, Shankar founded his own independent label, East Meets West Music, as a way to bring to audiences the rare and unreleased recordings held in his archive. East Meets West Music released his final recordings, The Living Room Sessions—the first installment of which won the Grammy award for Best World Music Album.